Batley and Spen MP Tracy Brabin is calling on the Government to award medals to surviving Second World War munitions workers “without delay” after hearing the powerful story of 99-year-old constituent Mavis Walton.

The MP has written to the Secretary for State for Defence to implore the Government to honour the ‘Canary Girls’ vital contribution to the war efforts.

It comes after Ms Brabin had the privilege of visiting Mrs Walton, who served in several munitions factories during the Second World War, at her home last weekend.

After being conscripted in 1943, Mrs Walton worked tirelessly in several munitions factories where she produced the parts and helped build the planes, engines and weapons that were used by our troops.

Now Ms Brabin is calling for Mavis, and the other surviving munitions workers, to be honoured for their role in securing our nation’s future.

Batley and Spen MP Tracy Brabin said: “This Sunday we will gather to remember all those brave souls who made the ultimate sacrifice to protect our freedom, and to honour veterans and Armed Forces personnel for their service to our nation.

“I will join the thousands of others to remember the fallen and honour all those who have served our country so courageously.

“Throughout both World Wars our country pulled together and people contributed in any way they could, showing remarkable resolve and determination in the face of such horror.

“That is why I implore the Government to award Mavis and the other surviving munitions workers a medal without delay.

“I believe it is the least we can do to express our gratitude.” 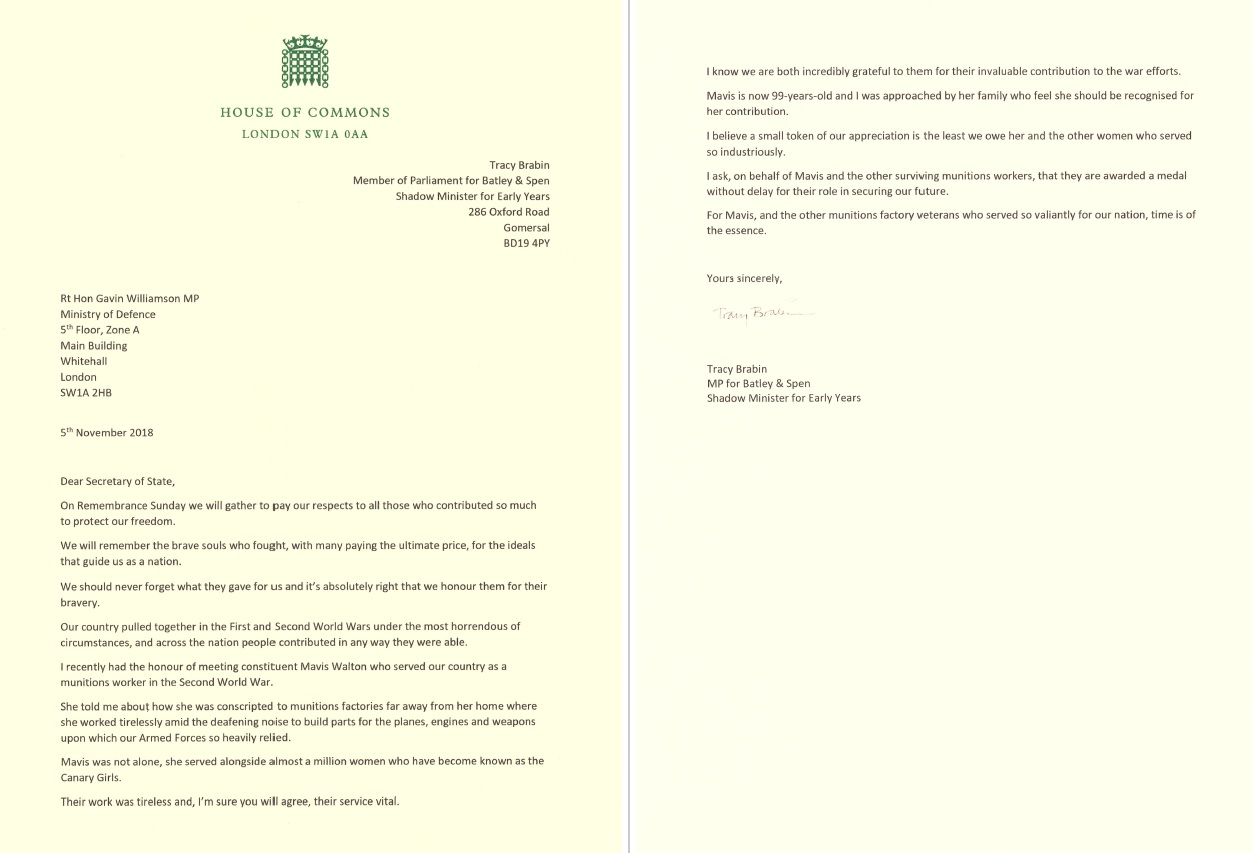